January 23, 2012
My favorite outfit to wear to work is a knit dress with tights or leggings and flats or boots. Having made Butterick 5246 a couple of years ago unsuccessfully, I thought I would give it another go. I loved the boat necked cowl, and the empire waist. I purchased this beefy knit from Haberman Fabrics last fall, and I was excited to make it into a dress. I had notes about what went wrong with the fit last time, and now that the FBA and swayback adjustments are ones I know how to do, I was excited to move forward.
Looks cute, huh? 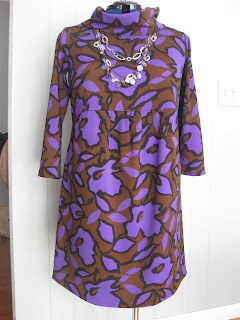 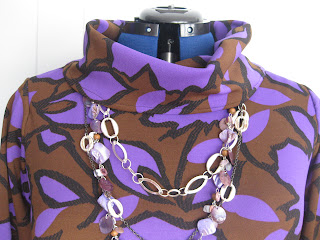 This time I made about a 1/2" swayback adjustment, and the back fits better. 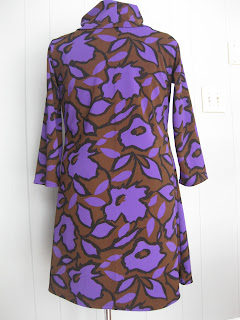 Well, there are issues.  I wish I would have looked a little closer at the armhole draft on the pattern! I thought the tightness in the bodice was from the lack of an FBA, but I think the armhole draft contributes too. I compared the armhole for this dress, B5246 on the left, with the armhole on the knit top I had just made, V8731 on the right. Then the light went on for me......that L-shaped armhole just doesn't fit. Evidently I need the more 'open' curve as on the V8731. After ripping out to get more 'room' in the armcyce and the side seam, I was able to make it fit good enough, but this dress won't be one of my favorites to wear since it is still a little uncomfortable. Too bad, I L.O.V.E this fabric. 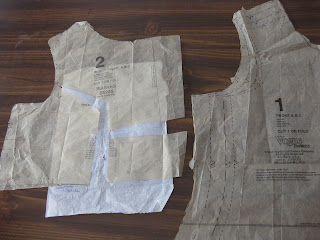 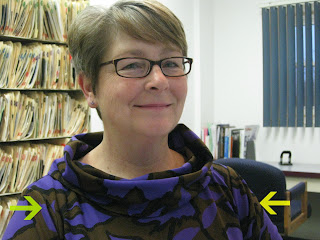 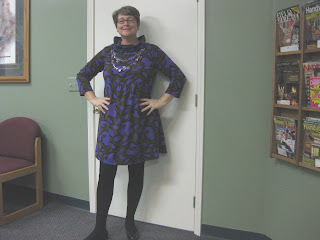 I think I will remedy the situation by reworking what I have. Although I like the cowl, this fabric is white on the wrong side, and I had to remove the necklace since it kept pulling the cowl down and exposing the wrong side. The armhole area  just isn't going to work either. I'll remove the cowl and make a scoop neck, and remove the sleeves to make it a sleeveless jumper that I'll wear with a T-shirt or turtleneck. If that doesn't make me happy, there is plenty of fabric there to refashion it into a skirt. Lessons learned :-) 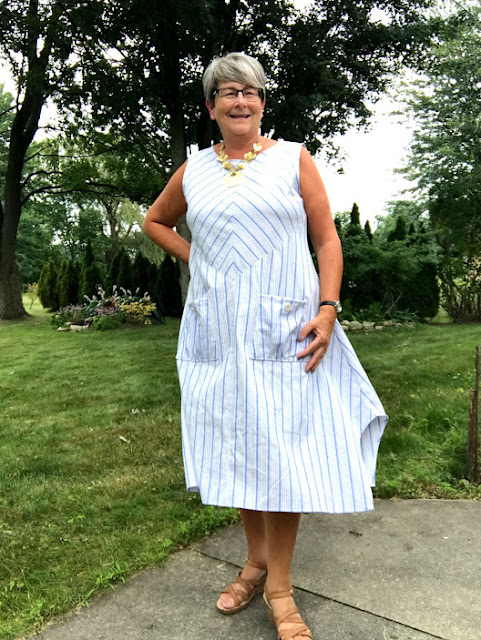 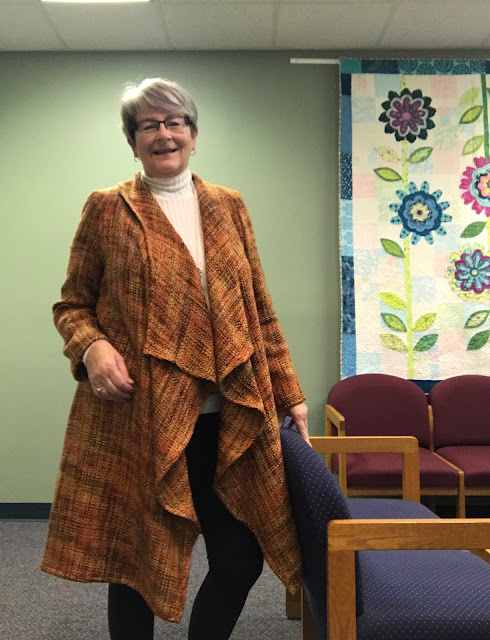 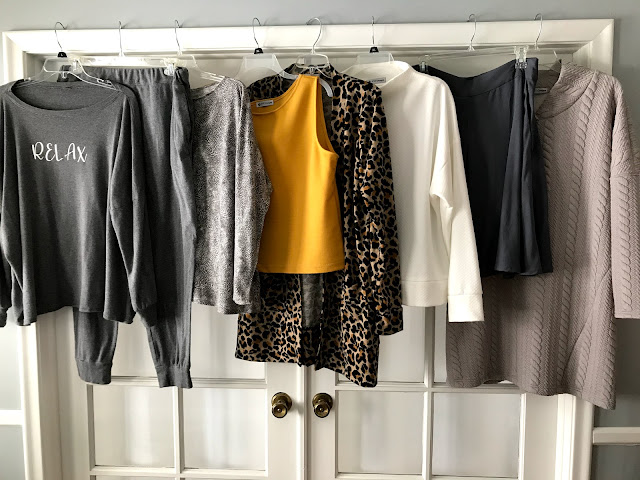 Today is the big reveal for my entry into #thegreatmodulesewalongon Instagram, hosted by Whitney @tomkatstitcherycarmel and Carla @carlamayfield5


Back in January, after hearing about the Module Sew Along on Whitney's You Tube channel, I started to give the whole idea some thought. I pulled fabrics from my stash, purchased one or two, and started to think about pairing the fabrics with patterns. I was able to use patterns from my collection as well, with the only exception being a pattern purchase from Megan Nielsen Patterns: the Tania Culottes. I  had already purchased this pattern for the January Sew My Style challenge. If you look closely, not all fabric in the pile was used, and not every pattern I had initially pulled  was used either.  I've never been as organized and and considerate in my choice of garments to sew, and I really liked this approach!

From left to right:
Simplicity 9020: a loungewear set consisting of an oversized boxy T shirt and pair of joggers (with poc…
Read more 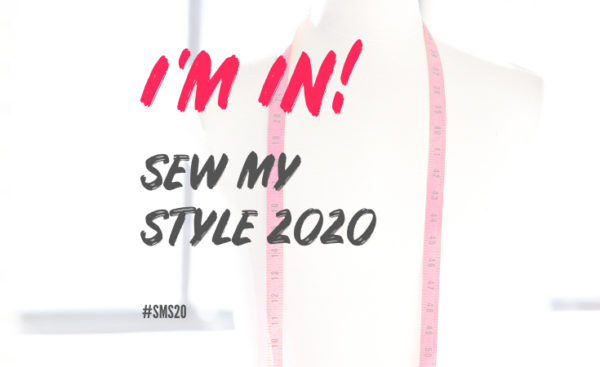